We are delighted to announce the winner if the inaugural Three Trees Portfolio Award 2021.

Congratulations to Susan Jordan whose collection, Last of the Line will be published as a special Three Trees Edition in October 2021.

We would also like to congratulate the following poets whose work was shortlisted:

Heartfelt thanks to everyone who submitted – we were overwhelmed with the numbers, variety of subject and the quality of writing.

Our submissions window will open again in the autumn and the second Three Trees Award will be announced in the new year.

Thank you for your interest in Maytree Press.

If you have a collection of between 20 and 25 poems then we would love to hear from you.

Submissions by email only sent as a single word attachment to maytreepress@gmail.com. Please include a third person biography and brief synopsis if your collection is based on a theme.

Please head on over to our submissions page to read the full Q and A before submitted.

We are delighted to welcome Amanda Huggins to Maytree. Amanda will be releasing her delightfully titled debut collection of poetry, The Collective Nouns For Birds with us in February 2020.

The Collective Nouns For Birds is filled with glimpses of teenage dreams, lost loves, chance encounters and what-might-have-beens; a nostalgic journey through life’s quiet and pivotal moments. Frequently taking inspiration from the natural world, this collection of memories is often imbued with a melancholy longing or the search for reparation, yet also resonates with beauty and hope. Look out for more information in the new year.

The cover features the original painting, The Charm by Alice Parker. Alice is a Huddersfield based artist who specialises in creating stunning images from the natural world and we’re absolutely thrilled to have been able to work with her on this project.

Amanda Huggins is the award-winning Yorkshire author of the short story collection, Separated From the Sea (Retreat West Books), which received a Special Mention in the 2019 Saboteur Awards.

She has also published a flash fiction collection, Brightly Coloured Horses (Chapeltown Books) and her short fiction and poetry has appeared in numerous anthologies, literary journals, newspapers and magazines. Her travel writing has won several awards, including the BGTW New Travel Writer of the Year in 2014, and her short stories and poetry are regularly placed and listed in competitions.

In 2018 she was awarded third prize in the Costa Short Story Award, was commended in the Bath and InkTears flash awards, shortlisted for the Walter Swan Poetry Prize, the Colm Toibin International Short Story Award and the Fish and Bridport prizes. Her poetry was also chosen for the Northern Poetry Library’s Poem of the North.

Amanda has had a number of poems published in anthologies – in 2018 these included Poems for the NHS (Onslaught Press), Words for the Wild (Charity Anthology for ADD Campaign), and Reflections (Cleckheaton Literature Festival Anthology). She also has a poem in the 2019 anthology, The Cotton Grass Appreciation Society.

If you’d like to join our growing list of authors then please get in touch. We are proud to have an open door policy at Maytree and look forward to receiving your submissions. Whilst we can’t promise publication, we will always take time reviewing your submission and let you know the outcome in a timely manner.

The best way to find out what we do is to have a look at some of our previous publications. You can purchase directly from our on-line shop safely through our PayPal buttons where we are currently offering free postage. Alternatively head on over to Amazon or other major retailers. 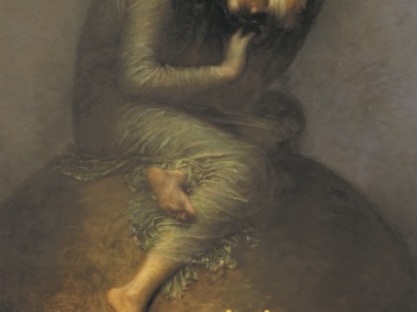 One of the many ambitions of Maytree Press, as well as publishing some of the finest contemporary poetry, is to collaborate with emerging artists for our cover designs. We want people to recognise a Maytree Book, not only for the quality of poetry, print and paper, but for the unique cover art.

A great concept, you might agree, however when a wonderful poet presents you with a manuscript that focuses on ideas around extending the boundaries of ekphrasis then this does present a new publisher with such ambitions with some difficulties.

Maria Isakova Bennett’s …an ache in each welcoming kiss was such a manuscript that at first reading we knew we had to publish but the question loomed – what to use for the cover art? The team explored various ideas but in the end we decided to focus on one of the artworks that had inspired the sequence.

Maria’s title led us almost instantly to Hope by George Watts which had inspired the poem, Broken Lyre. The image seemed perfect and the poem that it had inspired was key to the sequence; so much so that an extract was chosen for the back cover.

Personally, as an old Art History student, I’ve loved the image for many years and seeing an opportunity to now be linked with it, albeit in a small way, felt very special.

There are obvious pitfalls  with using such a well known, and loved, image and none more so that it has probably been used many times before and associated with other people’s work.

To start, we began the unenviable task of due process, where, using a variety of internet search terms, we started the task of checking whether Hope had any hope. 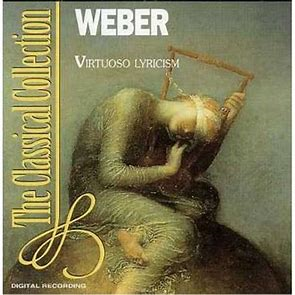 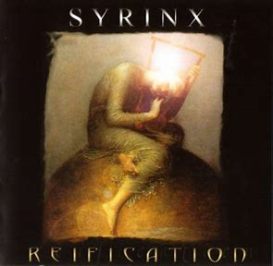 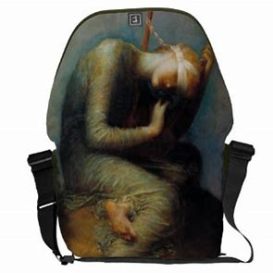 From our research we found classical music covers, magazines and even backpacks (pictured) but no recent poetry or novels that would conflict so after careful consideration, Maria and the team decided to go ahead with Hope as the cover image. Matched with Anita Kelly’s wonderful design we were overjoyed with the final results when presented with the proof and decided to save the reveal for World Poetry Day as many readers will recall.

The cover and concept received a wonderful response across the internet but later that same night both Maria and the Maytree team received an unsolicited email suggesting that we might be in for a poetry spat. Maytree and Maria don’t do spats so we looked in to the matter and to our dismay, found that Hope had in fact been used recently for the cover of a recently published Valley Press poetry collection.

Valley Press have been a publishing company who we’ve admired for a long time, a company that has published and worked with our in-house editor previously, so the last thing we wanted to do was upset anybody. We contacted Jamie at VP to alert him of the issue and discuss our marketing plans. Jamie was, as always, the perfect gent and extremely understanding. We also contacted the author of the earlier collection to offer our apologies.

The difficulty, however, was that Maria had already received dozens and dozens of pre-orders based on our original advertisement and we really didn’t want to let the people who had showed such wonderful support down with an alternative cover.

After much deliberation, and soul searching, the decision was taken to continue with our original plans but limit the first edition to three hundred copies.

An alternative image exists for the re-print but you’ll have to wait to see this Maytree original. Maria’s book is now available either personally from Maria or on-line via our shop or major retailers – but be quick, especially if you want a first edition with Hope.

Maytree is delighted to welcome Holmfirth based writer, Tim Taylor who will be releasing his poetry pamphlet with the press in early summer 2019.

Tim has previously published two novels: Zeus of Ithome (a finalist in the 2014 Chaucer Awards for historical fiction) follows the struggle of the ancient Messenian people to free themselves from Sparta. His second, Revolution Day, is about an ageing dictator who is losing his grip as his vice-President plots against him. He has also published a non-fiction book, Knowing What is Good For You (Palgrave Macmillan 2012), on the philosophy of well-being.

Maytree 003 will be Tim’s debut collection of poetry.

The collection, which takes its reader on a journey from the dark hills of the Pennines to the far reaches of outer space, deals with landscape, people and events through themes of transformation.

Follow our social media for more news and updates.

You can find out more about Tim and follow his blog here: Tim’s Blog